Going vegetarian can be delicious. You have every fruit, vegetable, bean, and whole grain to choose from. The variety is endless. You can make it work for you, whether you choose to eat this way all the time or to include some vegetarian meals in your week.

When I first went vegan, I was naive enough to imagine that I was performing an act of heroism whenever I ate a veggie burger. By eating a patty made of beans instead of flesh, I believed I was rescuing animals, stopping climate change, and tackling a vast array of humanitarian issues. I, like many vegans, saw going vegan as a good deed.

Surprisingly, non-vegans often participate in this same fantasy. When a vegan outs themselves — as we are wont to do — nearby omnivores will often praise them for their willpower, or brag to them that they only eat meat a few times a week. Reducitarians feel virtuous for their participation in Meatless Monday, and even normal omnivores feel a bit of pride when they choose the vegan option. In picking the vegan item off the menu, an educated omnivore is likely to feel the same faint glow that might come with giving money to a homeless person or volunteering at a soup kitchen.

This self-flattery is, unfortunately, unjustified. In truth, veganism is not a good thing to do — it is merely not a bad thing to do. Though it’s tempting to conflate “good” and “not bad,” the differences between these concepts have profound consequences for our behavior and our attitudes.

Vegans are correct that consuming animal products is bad — most of us, if only in some rarely visited corner of our brain, know this. We know that animal agriculture is the number one cause of habitat loss, and a leading cause of climate change. We know that animal agriculture causes a range of humanitarian issues, from indigenous land theft to zoonotic diseases (including the recent coronavirus outbreak). We know that livestock animals are confined, forcibly impregnated, branded, mutilated, castrated, and slaughtered, all without any anesthesia.

When we needlessly purchase animal products, we know we’re paying people to treat animals worse than we would treat our most despised enemies. We know none of the animals we eat wanted to die.

It does not follow, however, that being vegan is therefore good. Vegans don’t help the environment, we just hurt it less than non-vegans — though we profoundly reduce our impact on climate change, we are still a net-negative on the earth. Vegans do not cure zoonotic diseases, we only make it significantly less likely that there will be one. Veganism doesn’t actively help animals, it merely creates less incentives to hurt them. “Vegan” is just a noun for someone who does not actively support unnecessary animal cruelty. Vegans do not rescue animals any more than non-murderers rescue humans, and we haven’t helped the environment any more than those who choose not to dump gasoline in the oceans.

If these distinctions sound semantic or unnecessary, you need only look at the results of not making them. Our current mentality towards veganism would be patently absurd in a comparable context: Imagine if we felt the same way about stealing. Imagine if we lived in a society that praised people for their willpower for abstaining from theft, wherein flexitarian thieves only stole if they forgot their wallet, and reducitarian robbers virtue-signaled about their participation in Theftless Thursday. What if people who retired from thievery viewed themselves as generous, and imagined themselves to be giving a great gift to all the people they didn’t mug? Why shouldn’t we treat theft this way?

If the analogy to human-on-human crime is too invidious for you, we can instead compare going vegan to another animal cruelty scenario: Imagine if I retired from dog-fighting, and upon announcing it, others praised me for my charity. What if active dog-fighters boasted to me that they were cutting down on their dog-fighting, too? How about if society praised those who tried to create humane, free-range dog-fighting operations? If this stretches your imagination, look around — we live in a world that is just as strange.

If you aren’t vegan, you are needlessly supporting animal abuse that makes dog-fighting look like fetch — if you are vegan, you’ve just retired from the same practice. It’s vitally important that we start to see the act of going vegan less like donating to charity, and more like quitting dog-fighting.

This shift in our mentality would change our relationship to veganism in a few useful ways. First, it would make veganism a moral mandate, rather than a virtue. We’ve created a climate where it is too easy to be easy on ourselves. We shouldn’t feel pride when we choose the vegan option; we should feel guilt when we don’t. Counter-intuitively, in downplaying the moral valence of veganism, we make boycotting animal products more important, as it becomes the neutral position.

Second, this view would make activism seem essential for existing vegans. Too often, I hear vegans say they don’t want to get active because they feel they are “doing enough already” merely by being vegan. This is as illogical as me refusing to give money to a homeless man because I’m “doing enough already” by not robbing him. We need to acknowledge that by going vegan, we are technically doing nothing.

If we want our impact to be net-positive, we have to do things like volunteer with farm sanctuaries, engage in compassionate conversations, share vegan content with our non-vegan friends, rescue animals, and take part in vegan outreach.

Third, this mentality shift would promote humility among vegans. If you view your veganism as a heroic act of sacrifice, you’ll be liable to confuse yourself with Gandhi while pouring almond milk in your coffee. In truth, being proud of your veganism is like being proud that you didn’t kick a dog today. This humility is desirable not just to keep you grounded, but to make yourself a better advocate for veganism.

Finally, this frame shift would keep us tied to the facts of the situation. If you believe there is value in having an accurate worldview, then you will want vegans not to conceive of themselves as good actors, but as neutral ones. I recognize that the language of double-negatives is a clumsy one, and we will inevitably describe veganism as “good” in ordinary contexts. But when calibrating our emotions surrounding our own lifestyle choices, we must do so against an accurate standard.

Some of you will see this as a depressing message. After all, the do-gooder in the mirror makes for a pleasant reflection, and a stricter view of one’s own moral behavior isn’t exactly liberating. For those of you looking for the bright side in this essay, remember the efficacy of your inaction: In choosing to go vegan, you showed mercy on up to 16,000 animals, who, thanks only to you, will not be born into a life of misery. You reduced your contribution to environmental degradation and mitigated your impact on a whole host of humanitarian issues. If everyone adopted a vegan lifestyle, it would dismantle animal agriculture just as surely as a legal ban. There’s an elegance here: By doing nothing, we can accomplish something magnificent. By failing to be bad, we can change the world for good.

What can you eat as a vegetarian?

What is the difference between a vegetarian and a vegan?
Any plant-based foods, like vegetables, fruits, beans, soy, grains, rice and nuts. Don't eat meat, poultry, fish or seafood of any kind. What other foods you can eat will depend on what kind of vegetarian diet you follow: Lacto-ovo-vegetarian: Eats dairy and eggs.

Everything You Need to Know About the Vegetarian Diet - Medium 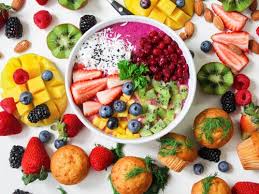 What is the difference between a vegetarian and a vegan?
The Core Difference

Vegans eat no animal products, while vegetarians don't eat animals, but may eat products that come from them (such as dairy and eggs). ... Although all vegans tend to follow the same set of clear cut guidelines – eat nothing that came from an animal – there are a few different types of vegetarian diets.

Is it healthy to be a vegetarian?
“It can be one of the healthiest ways to eat, because we know plant foods are loaded with nutrients to protect our health.” According to the Academy of Nutrition and Dietetics, an evidence-based review showed that a vegetarian diet is associated with a lower risk of death from ischemic heart disease.

Vegetarian: Is it Better Than Eating Meat? - WebMD

What does it mean to be vegetarian?
According to the Vegetarian Society, a vegetarian is someone who does not eat any meat, poultry, game, fish, shellfish or by-products of animal slaughter. Vegetarian diets contain various levels of fruits, vegetables, grains, pulses, nuts and seeds.Aug 5, 2016

Do vegetarians lose weight?
Vegetarian and other plant based diets are known for being lower in fat and sugar than meat eating diets, but the truth is, adopting a vegetarian diet is no guarantee of weight loss. ... If you are becoming a vegetarian to lose weight you will want to follow some basic, natural weight loss strategies.

Becoming a Vegetarian to Lose Weight – Does It Work?

Why vegetarian is bad?
Because they are lower in or free of animal products, vegetarian diets are low in total and saturated fat and cholesterol. Many studies have shown that vegetarians are less likely to get certain diseases such as heart disease and type 2 diabetes.Jan 18, 2018

Are There Health Downsides To Vegetarian Diets? - WebMD

How do vegetarians get protein?
A person following a vegan or vegetarian diet should eat a varied diet of plant-based foods to get the required range of amino acids. This includes high-protein foods, such as tofu, tempeh, lentils, nuts, seeds, and quinoa.Apr 12, 2018