Emotional Insecurity and tips for a happier you 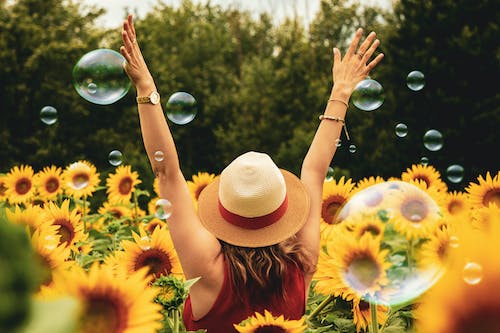 GlobalCnet is a collection of links to original thought, research, new ideas and found expert advice. We have assembled extensive information and facts to inspire YOU to further your education, skills, and desires on your specific subjects. When you click on a blue link, you arrive on a web site, do your research, and observe all the other articles available to you.  Record what you need.  Share what you learned

This is a teaching and informative Web Site again, presenting original authors, like Harvard University, MedNet, Unstuck.com, Readers Digest, Mental Health and documents from millions of Web Sites which were written, published and illustrated with specific content to expand your knowledge for personal growth, health and answers.  All this WWW content was meant for your reading and answers, I get rejected.  A lot.  It's no fun.  But I have come up with a very good
way to help me get over it. To find out why I'm dealing with so much
rejection, and my clever solution, just click on the link below -

The powerful lessons in these personal growth courses contain thought-provoking essays, quotes from some of the greatest thinkers ever, beautiful photos, moving online videos, and empowering exercises designed to inspire and bring greater understanding and deeper meaning to your life. Promote your personal growth and treat yourself to the treasure chest of inspiration and education here.

These thought-provoking lessons generally take one to two hours to complete. The purpose of every lesson is to empower us all to be more effective and inspiring in building a brighter future.

by Mark I Myhre

While the phrase – emotional insecurity – may seem to indicate a person who’s unable to feel the emotional experience of security, in reality it goes much deeper than that.

The term usually refers to someone who seems to be scared and worried and perhaps needy and clingy. But if it were merely a function of not feeling secure, then you could just start practicing ‘letting in the energy of security’.

By creating your own little visualization technique:

Security does have a voice, you know. And it’s beautiful… ineffable. And that little technique I just mentioned does have the power to change your life. If… IF… you have a solid emotional foundation to stand on.

Work on your emotional foundation first. Then, feeling security, or feeling anything else, for that matter, will be a piece of cake.

Emotional insecurity is almost always rooted in childhood. None of us, unfortunately, were taught how to feel our feelings when we were growing up. Quite the contrary, in fact. We were taught and conditioned to not feel.

We learned at an early age that we better stuff down what we truly were feeling. Shutting down became a survival mechanism. And now, as grownups, we still have that mechanism in place.

When we started stuffing our feelings, it eventually led to various outcomes. Anxiety and depression are two obvious examples. Emotional insecurity is another.

Sucking your thumb as a child could be considered a coping mechanism. It’s not evil… it doesn’t mean you’re stupid or unevolved or mentally ill… it’s just a way to cope. And because it’s a physical act, others see it. So, you have to stop doing it sooner or later, whether you want to or not.

But with emotional insecurity, no one can see it. Therefore, you have no motivation to stop. Plus, you may not even understand the basic problem:

“I don’t have a working knowledge of emotions so I try to manipulate and control them.”

Now if you really look at it, you’ll realize many, many people have this problem. Sometimes it manifests as feeling insecure, but most of the time, those feelings are hidden so well that no one ever notices. You see?

Feeling insecure is the tip of the iceberg when it comes to emotional insecurity.

I had a severe case of emotional insecurity most of my life, but I doubt anyone had the slightest idea of what I was going through, because I was able to hide it. Perhaps those around me thought I was weird, or neurotic (which I was!) but also, I constantly fought off my inner demons of emotional insecurity.

I didn’t understand my emotions, I didn’t recognize their value, and I didn’t want to feel. I wanted to be dispassionate, like Spock on Star Trek. I thought that was the best way to go through life.

But I had a painful splinter in my heart that kept growing and growing. The unfelt, unrecognized, unacknowledged emotional energy kept growing larger and larger. More and more, life became a quest to escape from myself. I obsessed with running away.

Finally, I ran out of room to run. I became trapped. I thought I had to fight my way out, but really, I had been running from myself, so there was no need to fight. Slowly, slowly, I realized it was safe to feel. I realized I am safe enough to feel afraid.

Feeling fear is not the problem. The problem came from all those stories I told myself about what it means to feel fear.

“If I’m scared that means something really bad is about to happen.”

I created an ‘outside authority’ to run from. A mythical beast which existed only in my own imagination.

I took my authorship – my energy of authority – and placed it out in the illusion.

I disavowed my power, pretending I didn’t have any, pretending others had the power, not me

And I ended up with an extreme case of emotional insecurity. Panic ensued. Anxiety, my constant companion. Depression, despair, despondency… righteous hurt, righteous anger, and a rage that always threatened to explode in my face. Guilt and shame. All this and more became my reality. All because I didn’t have a working knowledge of emotions, so I tried to manipulate and control them instead.

So what did I do to change?

Looking at it from the big picture, I decided to create a new relationship with my emotions. I stopped seeing them as the enemy… I stopped trying to push them away, and embraced them instead.

I realized that drama and melodrama and ranting and raving and acting like a puppet on a string has nothing to do with feeling emotions.

I separated the energy of my emotions from my stories about my emotions.

I gave myself permission to feel. I allowed myself to feel. I was willing to feel.

I asked for help from above.

I realized there were parts of me who had a vested interest in me not feeling. And I divested from those parts.

These were the ‘big picture’ steps I took. Obviously, each of these steps rate an article or two of their own. For now, I just want to get the steps out there so you’ll at least know what I did, if you’re interested.

Once I started taking these actions, (and they will always be a work in progress) then I was able to look at my life and realize I still wasn’t feeling much security. But from a solid foundation – from a healthy relationship with my emotions in general – then it was easy to start feeling secure.

I started with the visualization exercise I mentioned at the beginning of this page. I let my imagination and my subconscious come up with the images of security. Then, I focused on those images. After some practice, it became a simple matter of just choosing to feel secure whenever I happened to think about it… such as, any time I happened to not be feeling secure.

And that, my friend, is how I ended my emotional insecurity. Not that I always feel secure now, but I can feel secure anytime I choose. (Almost!)

It’s not perfect. It’s not black-and-white. And it’s not absolute. Rather, it’s a knowing that no matter what life throws at me… no matter what emotions or fears come up… no matter how much I get thrown off my game… I’m going to be just fine. Things will work out.

And that peace of mind is plenty good enough for me.

Finally, please click on one of the brightly-colored links below to share this article on your favorite social media site. Or leave a comment. That way I won’t feel insecure…

To help spread this Moment of Love, click here. And don't miss our collection of inspiring news articles, videos, inspirational resources, and our heart and mind expanding free online courses providing rich inspiration and education. Thanks for taking this moment to invite heartfelt love into our lives and into our world.

How to Be Secure for Women

Many people want to know the answer to this question: How do I feel secure? While it's not simple, it is achievable. Realize that it is commonplace to feel insecure but that there are achievable ways to improve your self-confidence and to be a happy, outgoing person.

Are You Suffering from Emotional Abuse?

Take this simple test to find out for sure.

Many people are dealing with emotional abuse, and they don't even know
it.  I just uploaded a new blog post that helps you evaluate yourself.

Also, at the end of the article, I offer a way out.  I've explained a simple
technique anyone can do, starting today, that, over time, can make a
huge change in your esteem, or worth, or value, or confidence level.

No matter what quality you want to increase in your life, this technique
will help.  It's all explained on this page -