Continuing firmly or obstinately in a course of action in spite of difficulty or opposition. 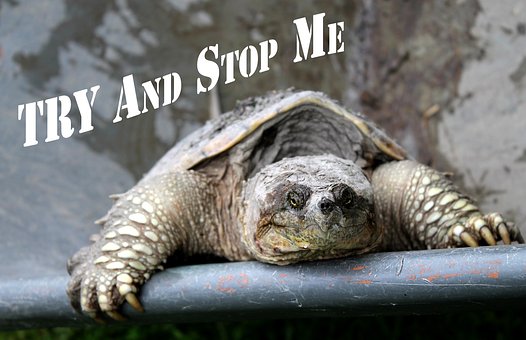 GlobalCnet is a collection of links to the original thought, research, new ideas, and found expert advice. We have assembled extensive information and facts to inspire YOU to further your education, skills, and desires on your specific subjects. When you click on a blue link, you arrive on a website, do your research, and observe all the other articles available to you.  Record what you need.  Share what you learned

This is a teaching and informative Web Site again, presenting original authors, like Harvard University, MedNet, Unstuck.com, Readers Digest, Mental Health, and documents from millions of Web Sites which were written, published, and illustrated with specific content to expand your knowledge for personal growth, health and answers.  All this WWW content was meant for your reading and answers,

The Hardest and Most Useful Skill to Master: Persistence

A skill that I find to be very hard for people to truly understand is Persistence.

Persisting to reach your goals sounds nice on paper but it’s not something many people actually implement.

Many people get this idea that persisting means things will be tough for a while and then they are home free.

That it’s just one hard push, one problem, or one negative event they have to make it through to get to the other side of the rainbow where that pot of gold lies… but it’s so much more than that.

Persistence is not something that is shown every once in a while, it’s something you have to commit to every day and often against all reason.

There will be days you feel you deserve to slow down, days where it’s much more enticing to give up, and days where the pain of continuing is so grand that it would be not only easier but also healthier to finally drop it.

It’s those days that truly mark your persistence.

Many people stop persisting once things get reasonable.

They accept the reasonable-sounding excuses, stop when things get dangerous, scary or when they seem not worth it anymore, and get stuck because of that.

Their minds create stories that sound so reasonable that there is no reason for them to persist.

The misconception is that people only stop persisting when there is a big, negative life event.

It is however the tiny things spread across the way, the reasonable-sounding excuses, that slowly, but surely, eat away at their persistence.

Of course, you are tired after your jog yesterday and many health experts recommend not jogging every day, your body hurts and one day of rest will not be detrimental; that is true.

But you want to form a habit of persistence and that means you have to be unreasonable and go out anyway. Besides, if you really wanted to you could find those same experts talking about the benefits of daily jogging.

Of course, you have worked hard in your business and worked many long hours where you missed your family and both you and they deserve some time off from your work, besides you are making enough money to finally take a rest; that is true.

But you want to form a habit of hard work, not something that fluctuates.

You made the choice to run this business this way and you know that taking a break now will only do what it always did: create an opportunity for the income to decrease enough that you have to work again.

As long as you rely on either one to define whether you will persist or not you will find yourself quitting almost everything.

Persistence must be unreasonable.

Those that succeed beyond all measures also persist and do not stop when others tell them to.

They do not quit when they should, when it seems bad or when everybody else would have given up many times over.

They persist through their reasons!

And I know this sounds crazy but it is a common theme.

Think about the last time you quit your workout routine:

There was no big event, no broken bone, and no life-altering situation that caused you to quit.

You were tired one day and did a little less than you committed to, but still enough, or you skipped one day because you were stressed on time to do some other thing that was happening, or simply counted something as a workout that wasn’t truly your workout.

And all of it was totally reasonable!

But then the next time you did a little less again, skipped another day, or counted something else entirely.

That is what being reasonable gets you; that is what persistence fights.

And of course, you still have to have some sense of reason about yourself, but at least set a higher standard for yourself.

If you truly want to reach your goal you must be willing to invest enough to get it no matter what.

Imagine how many things you would have accomplished already had you wanted them as bad as you wanted to breathe.

Too many people are half-hearted when it comes to their own life, which is why the reasons beat out their dreams.

Your mind uses your reasons to keep you down and you will not persist if you listen to it.

Raise your standards above what people consider ‘normal’, learn to fight your initial justifications, and persist against all reasons.

“Our greatest glory is not in never falling, but in rising up every time we fail.”